From NEW YORK TIMES bestselling authors Holly Black and Cassandra Clare comes a riveting new series that defies what you think you know about the world of magic.

From two bestselling superstars, a dazzling and magical middle-grade collaboration centering on the students of the Magisterium, an academy for those with a propensity toward magic. In this first book, a new student comes to the Magisterium against his will — is it because he is destined to be a powerful magician, or is the truth more twisted than that? It’s a journey that will thrill you, surprise you, and make you wonder about the clear-cut distinction usually made between good and evil.

WARNING: THE FOLLOWING REVIEW CONTAINS MINOR SPOILERS (and also gets a bit ranty).

[I apologise in advance: my inner teacher comes out quite a bit in this review…it’s probably what caused most of my issues with this book].

I LIKED THE ENDING!

And that’s, like, the only good thing I really have to say about this book.

I mean, it wasn’t bad, as such. I just didn’t enjoy it. This may be because it’s a middle-grade book, and I’m a uni student, and I tried to keep this in mind while reading.

So, let’s start with The Iron Trial (the event, not the book).
I honestly thought it was a bit…meh. I mean, you get a bunch of 12 year olds and put them through a series of tests to see if they would be able to handle learning at The Magisterium (aka ‘magic school’), that’s fair enough. What I didn’t get, though, was that the duration of each test seemed purely based on how long it took Callum to blow something up.

First, they are given a ‘multiple choice’ quiz which has questions like:

Let me just point out that half the kids in the room have never heard about magic before today.

And they are given fancy pens that only work if you shake them. There doesn’t seem to be a time limit given for this test, but when Callum blows up his pen, he gets yelled at, the kids laugh at him, and they move on to the next test.

And the scenario basically repeats itself for the next two tests. They’re given a test that Callum can’t do. Callum accidentally blows something up. Callum gets laughed at. Callum gets yelled at. The group moves on to the next test.

I think what really gets me about these tests is the over-reaction of the teachers to everything. The point of the tests is to see how much control these untrained 12-year-old have over their magic, but when it becomes apparent that one of them does not have control, they completely lose it.

All right. Fine. You get zero. No, wait, you are going to be the first aspirant in Magisterium history to get a negative score on one of the Iron Trial tests. You get a minus 10.

Like, seriously? Just because he accidentally fused his paper to the desk? This kid is twelve, and has never been taught how to use magic.

Anyway, Callum gets chosen to be trained at the Magisterium (we all saw that coming) along with a bunch of other kids.

And from there, the teachers don’t get much better. I mean, sorting sand is a good way to improve control/concentration, I’m sure, but to just put 12-year-olds in a room and to tell them to start sorting? That’s just not good teaching [I warned you my inner teacher would show up].

Basically, to sum up what would otherwise be a really long rant, I probably would have liked the first half of Callum’s time at the Magisterium a lot more if the teacher had just said something like: ‘I know it’s boring, but this is to help you improve your concentration, and will be more beneficial in the long run’.

Seriously, that’s all I wanted.

Once the sand thing was over, though, things became considerably less annoying. Which was a relief.

But for some reason, I was still bored. I’m not sure what it was, I just know that I didn’t really start to get into the book until page 190 (or somewhere around there).

Now, for the ending.

So, in reading other reviews of this book while I was reading (to see if anyone else was not liking it as much as I did), I accidentally found out there was a twist.

I don’t like finding out these things. And because I knew there was a twist coming, I was more or less expecting the ending. I mean, I didn’t guess it down to the finer details, but I predicted something of the sort.

That being said, I did like the ending. It was different and it was (mostly) unexpected. And it almost made up for the rest of the book.

Almost, but not quite.

The ending was the best part of this book.

I liked the idea of this book. And I liked the story. My issue is with the way the story was told.

4 thoughts on “Review: The Iron Trial” 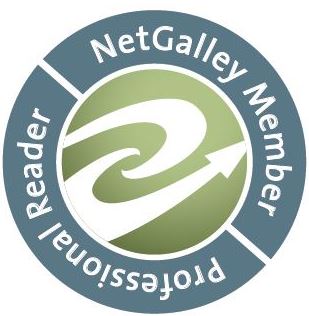